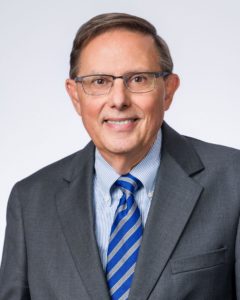 Many automobile drivers purchase Uninsured/Underinsured Motorists (UM/UIM) coverage in order to protect themselves, and family members, in the event of injury by either an uninsured or underinsured motorist.

UM/UIM coverage provides coverage if: (1) the negligent driver was uninsured; or if (2) the negligent driver had insurance limits less than the insured’s underinsured motorists coverage. For example, if the insured/injured driver had UM/UIM limits of $100,000.00 and was injured by an uninsured driver, then the insured/injured driver would be able to submit a claim for his injury damages against his own insurer, subject to the $100,000.00 policy limits.

Can your insurer sell you a UM/UIM policy and then refuse to negotiate in good faith, and require you to obtain a judgment against the negligent driver? The Virginia Supreme Court answered “yes” to that question in Manu v. Geico Casualty Co., 293 Va. 371 (2017).

Geico rejected the insured/injured driver’s settlement proposal in the amount of $12,500.00, and instead offered $5,000.00. Geico's offer was rejected and the case proceeded to jury trial.

The jury awarded the injured driver $68,528.24, plus pre-judgment interest and court costs. The insured/ injured driver filed suit against Geico, alleging bad faith, and claimed damages in the amount of $18,538.24, plus interest and court costs. The damages claimed allowed Geico a credit for the amount paid by the negligent driver’s liability limits of $25,000.00, and for Geico’s UIM limits in the amount of $25,000.00. The trial court ruled that the injured driver did not have a cause of action for bad faith and dismissed the case.

On appeal, the Virginia Supreme Court affirmed the ruling of the trial court. The court agreed that Geico had a duty of good faith under Va. Code 8.01-66.1 (the bad faith statute), but that under the UM/UIM statute (Va. Code 38.2-2206), it had no legal obligation to pay the claim until a judgment was rendered against the negligent driver. Geico had no duty under Va. Code 8-01-66.1 to exercise good faith, or to settle the UIM claim prior to trial, because the obligation to exercise good faith arose only after the injured driver obtained a judgment against the negligent party. After the judgment was obtained, Geico’s sole obligation was to pay its UIM coverage of $25,000.00, and without pre-judgment interest.

Whether Geico could offset its UIM limits by the amount of liability coverage was not addressed in the decision. The parties may have agreed that under the decision in Nationwide v. Hill, 247 Va. 28 (1994), applying a UIM offset provision to the policy of the vehicle owner would be contrary to public policy.

Attempting to require UM/UIM insurers such as Geico to exercise good faith with their UM/UIM insureds prior to judgment, Senator Chap Peterson introduced SB 1202 during the 2021 session of the Virginia General Assembly. The bill was supported by Senator Scott Surovell, and others, was passed by Senate, but was inexplicably tabled in the House. The legislative history provides no reason why the bill died.

Maybe next year there will be another attempt to pass similar legislation. But unless there is a legislative change, automobile insurers can continue to sell UM/UIM policies of insurance and then refuse to negotiate in good faith with their insureds, without any adverse consequences.

Under current law, there is a significant incentive for automobile liability insurers to refuse to negotiate in good faith, and to instead make low settlement offers to their insureds in UM/UIM cases. The insured/injured driver will be required to incur substantial delay and expense of trial if the low offer is not accepted. The insurer is at risk only for the liability limits stated in the policy. In many cases, the insured/injured driver will accept what is offered in order to avoid the delay and expense of trial. In the event that there is a verdict in excess of the policy coverage, then the monetary obligation of the insurer remains limited to its policy coverage, and it will be immune from liability for bad faith. The worst case for the insurer is that it will be required to pay the amount of UM/UIM coverage that it sold.

Should there be mandatory disclosure of these facts in insurance advertisements?