Fairfax and Leesburg, VA, Jan. 15, 2014 –Five McCandlish Lillard attorneys were recognized in December 2013 as excelling in various practice areas, by Washingtonian Magazine and by Northern Virginia Magazine. The attorneys so recognized are: 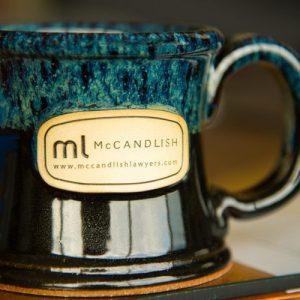 Fairfax and Leesburg, VA, Jan. 15, 2014 –Five McCandlish Lillard attorneys were recognized in December 2013 as excelling in various practice areas, by Washingtonian Magazine and by Northern Virginia Magazine. The attorneys so recognized are:

Mr. Brown’s areas of concentration include medical malpractice, legal malpractice, product liability and employment discrimination. He is an experienced arbitrator and mediator and a former adjunct professor at both the Georgetown University Law Center and its Medical Center, and a past President of the District of Columbia Defense Lawyers Association, which chose him as Lawyer of the Year in 1996. Also, Mr. Brown was named recently as one of the Best Lawyers in America, and he has been named numerous times to the Legal Elite list of Virginia Business magazine.

Mr. Mahaffey’s practice areas include litigation of business, corporate and commercial matters, in state, federal and arbitration cases. He also has been the principal attorney on a number of reported state and federal decisions. Mr. Mahaffey has been selected numerous times to the Legal Elite of Virginia Business magazine. Mr. Mahaffey has appeared previously in “Top Lawyers” in Washingtonian Magazine; “Super Lawyers” in the Commonwealth of Virginia and in the Washington, D.C. area; “Top Attorneys in Business Litigation–Super Lawyers Corporate Counsel”; “Top Attorneys” in Virginia, by Richmond Magazine; “Top Attorneys” in Virginia by D.C. Magazine; and “Best Lawyers in America.” He is a Fellow of the Litigation Counsel of America; a Fellow of the Virginia Law Foundation; and on the Fellows Advisory Board of the Fairfax Law Foundation.

Mr. Trichilo, who joined the firm in 2011, has over 37 years of experience handling personal injury and workers compensation litigation involving auto accidents, slip and fall injuries, closed head injuries, brain injuries, eye injuries, sexual assaults, bike trail accidents, and wrongful death cases. His achievements have been recognized by his peers as well as by professional publications that include Best Lawyers, Super Lawyers, Legal Leaders, Martindale-Hubbell’s highest rating for over 20 years, and fellowship in the Litigation Counsel of America. He is a frequent seminar speaker and continues more than 20 years of service as a mediator for the Fairfax County Circuit Court.

Douglas J. Sanderson, a Principal with the firm, and Autumn D. McCullogh, an Associate in the firm who joined the firm laterally in 2012, were recognized by Northern Virginia Magazine.

Mr. Sanderson was recognized among the Top Lawyers 2013, in the category of Family-Focused Law.   Mr. Sanderson counsels and represents people who need legal assistance with such matters as spousal and child support, pre-nuptial agreements, property and separation agreements, divorces, child custody and visitation, and equitable distribution, and is trained also in collaborative divorce. He also maintains a substantial practice in business transactions and commercial real estate law. Mr. Sanderson has been recognized among Virginia Business’ Legal Elite numerous times, as well as being recognized as a “Superlawyer” for the Washington, D.C. metropolitan area, by the magazine of the same name; he maintains the highest, “a v,” rating from Martindale-Hubbell; and frequently has been listed in Who’s Who publications for the South and Southwest, for America, for American Law, and for the World.

Ms. McCullogh was recognized as a Top Financial Professional 2013, in the category of Estate Planning. Ms. McCullogh is an attorney who brings a small business background to her trusts and estates practice, which allows her to effectively implement creative wealth preservation, asset protection and succession planning to many area business owners. She also enjoys ensuring that individuals and families optimize tax-planning opportunities, retain wealth and meet their estate planning goals.  Ms. McCullogh also has been named among Virginia Business’ Legal Elite.  She is admitted to practice in Virginia and California.  Autumn received her J.D. in 2004, graduating cum laude from the University Of San Diego School of Law and earning induction into the Order of the Coif.

McCandlish & Lillard, P.C. has 24 attorneys, with offices in Fairfax and Leesburg.  The law firm has been meeting the legal needs of businesses and individuals in Northern Virginia and throughout the Commonwealth for more than a century.  For more information regarding McCandlish & Lillard, P.C., call the firm at 703-273-2288 or visit our website at www.mccandlaw.com.